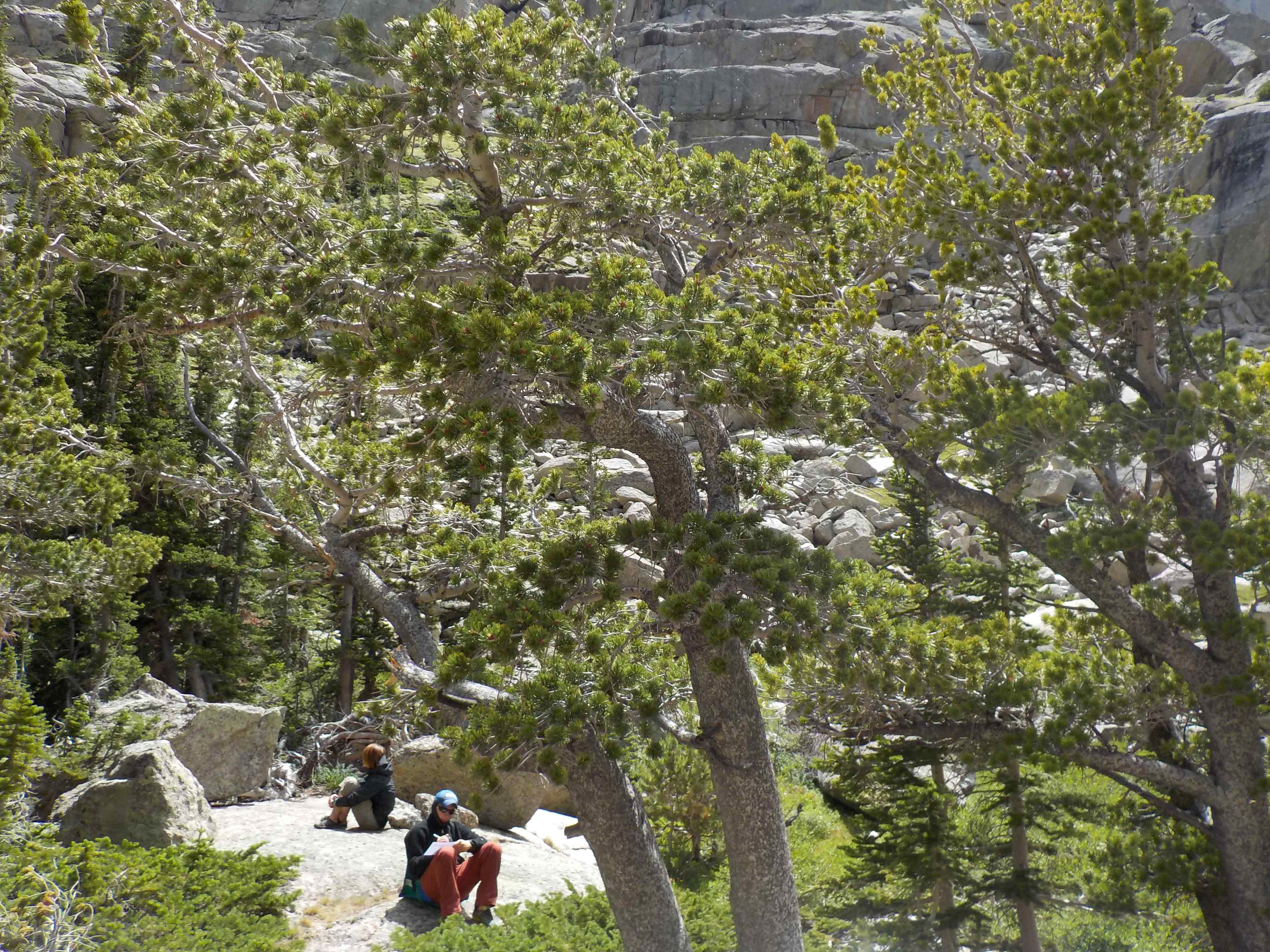 Like all pines, whitebark pine depends on mycorrhizal fungi to survive and thrive in natural environments. The thread-like mycelium of these mutualistic fungi binds to tree roots and extends into the soil providing a pipeline for efficient shunting of nutrients such phosphorus and nitrogen to trees (Read 1998). These root-associated fungi also offer protection from drought, pathogens, and small grazers in the soil. In return the fungi live on carbohydrates leaked from roots.

Whitebark pine associates with at least 32 species of mycorrhizal fungi in the Greater Yellowstone Ecosystem (GYE; Cripps & Mohatt 2005, Mohatt et al., in ed) and possibly more over its entire range. Most of these fungi produce mushroo

ms or underground sporocarps as reproductive structures. However, high elevation forests are often devoid of fruitings since sufficient precipitation needs to coincide with fungal life cycles for their appearance. Research is now underway to discover the native mycorrhizal fungi associated with whitebark pine in Yellowstone, Glacier, and Waterton Lakes national parks before forests decline (Cripps & Trusty 2007).

A majority of the mycorrhizal diversity discovered with whitebark pine in the GYE consists of suilloid (Suillus, Rhizopogon) and Cortinarius species. Suilloids are known to be particularly important for seedling establishment in pines. Suilloids are also interesting because most species are specific to pine hosts, and some only associate with 5-needle pines and/or stone pines. Squirrels and deer go after the ripe mushrooms of Suillus and dig up the underground fruiting bodies of Rhizopogon (“pogies”) for food (Ashkannejhad & Horton 2006), and this behavior has been observed in whitebark pine forests as well (Cripps & Trusty 2007).

Rhizopogon spores have also been recorded in grizzly bear scat in the Yellowstone ecosystem (Mattson et al. 2002). Spores of these fungi can survive the digestive tract of mammals and are dispersed in fecal pellets, ready to germinate and inoculate additional trees.

Squirrels dry the fruiting bodies of other mycorrhizal fungi, primar

ily those of Russula and Lactarius, by placing them on tree branches in late fall. Mushrooms of Russula and Cortinarius have been observed drying in whitebark pine trees (Cripps, unpublished). The dried mushrooms are stored for winter, but spores are further dispersed by wind if the fungi are cached high in trees. Therefore, squirrels are not only important for their role in caching whitebark pine seeds which bears access, but they also disperse the spores of mycorrhizal fungi associated with the pine. Although corvid birds are known to taste mushrooms, so far there are no reports of this behavior in Clark’s nutcrackers in whitebark pine forests.

Another important mycorrhizal associate is Cenococcum geophilum which produces no 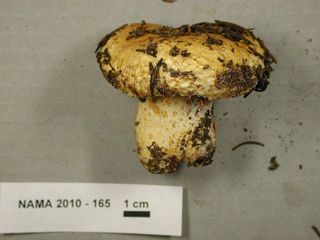 structures above ground to indicate its presence. However, in a GYE field study, it covered 64% of the roots sampled and was present on over half of the whitebark pine seedlings. This fungus has a broad host range, although the specificity of its various genetic strains is not known. Unlike the suilloids, Cenococcum can also associate with spruce and fir. This species may be important in seedling regeneration and for alleviating drought stress, but its promiscuity could possibly promote the succession of under-story trees. Of the 12 suilloid species reported with whitebark pine, none appear to associate with spruce or fir, and some are therefore likely to decline along with whitebark forests.

The composition of the mycorrhizal community on roots of whitebark pine depends on site conditions, geographic location, historical factors, and age of the host. Disturbances such as fire (Trusty & Cripps 2007) and avalanches (Mohatt 2006) can alter the composition of the mycorrhizal community. This in turn can affect host trees, since mycorrhizal fungi are not functionally redundant and each species/strain provides a unique set of services to its host.  Several species of native mycorrhizal fungi are presently being tested as inoculum for whitebark pine under nursery conditions to optimize establishment of out-planted nursery seedlings.